I will have spent a good decade of fun feeding it online (2009 / 2021: 12 not wasted years). With a hundred visits daily, I know it will have served the community. I'm pleased about that.

It's naturally that it will mutate to become the showcase of my collection (2300 items to discover).

Good luck with your research. 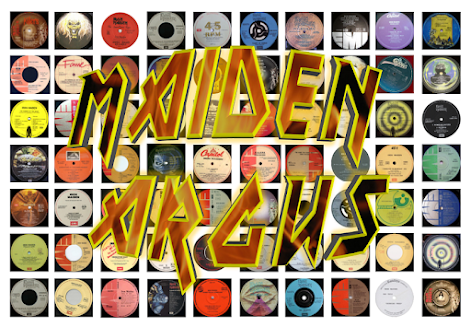 The first time I met Eddie was in 1980. This hideous and shaggy zombie acted on me. At this very moment, I didn’t realise that a phenomenon, who was about to revolutionize the musical genre, has just only awaken. Neither did I realise he put a spell on me. As a fact, I was only ten. My world then could be summed up to Playmobils, Big Jim, and the last Raleigh BMX bike.

In the beginning of  the following year, I saw Eddie again. He was all around and even more gruesome, holding an axe in his hand. Come autumn 1981, I was offered my first Maiden album : “Maiden Japan”. The next year, I emptied my moneybox to buy “The Number of The Beast” as a treat. My immoderate passion for Maiden is due to this album in particular, and to Metal music in general. Thirty years already...This is how my uncontrolled connection with IRON MAIDEN began.

As I didn’t enjoy extreme Metal music and then had to put up with the Grunge wave, which was so destructive for the metal microcosm, I started in the early 90’s  to move away from novelties and then to collect Iron Maiden’s works. I scoured local record dealers and dwadled in some gatherings, I chose to buy through mail-order selling.

Things radically changed thanks the internet revolution and the advent of eBay. As and when my collection was getting bigger, I felt the need to refer to a guidebook, a used items touchstone. Which didn’t exist. At least not for Iron Maiden. If you want something done, it's better to do it yourself, so I got started. It’s been around twelve years now that I note down prices and references, everything being kept up to date.

Now (10 nov 2009) it’s time to share this database online. Though nothing would replace all the time spent in record stores, the nose buried in records, looking for the Holy Grail. But these speciliazed sellers are a dying breed, shops being more and more poorly-stocked. Yet one must know what he is looking for and how much he should pay, as a similar item could be sold up to five times the price from one place to another. It’s not easy to separate the wheat from the chaff, as the whole collection numbers something like six thousand references.

Here is the “Maiden Argus” (Argus meaning first and second hand price guide), an all-comprehensive little guide to refer to without any form of moderation.
Maiden Argus is set up through selling prices seen around. Maiden Argus deals with official items only, though a few fakes are mentioned. No matter if items are brand new or second hand, in good or poor condition. The only criteria not taken into account is for records signed by the artist. As a matter of fact, these products often represent a surplus value though their authenticity remains uncertain.

The whole production is classified by album size, country origin and, when it's known, by chronological order. The average price is stated in €uro currency. Prices are quoted in red. Each item will be presented as follows : 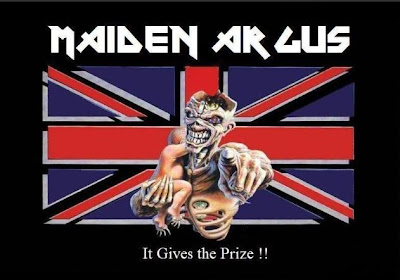